Thursday, 03 October 2002 By Correspondent
WEALTHY AMERICANS HAVE ALWAYS MADE FORTUNES IN WAR

Since the founding of the republic, many of the richest Americans have made their fortunes from war. In his book Wealth and Democracy, Kevin Phillips documents such early capitalist highlights as John Hancock supplying the troops in his era, the northern industrialists who prospered during the Civil War, and in the 20th century, the many companies and industries that secured government contracts during wartime.

The progression includes modern counterparts like Halliburton, the firm headed by Dick Cheney before he became vice president, which is now supplying United States military bases near Afghanistan.

Congress is now poised to pass the biggest increase in defense spending since Ronald Reagan's administration. The House and Senate versions of the defense budget, which have yet to be reconciled and adopted, authorize roughly $400 billion in spending for the federal 2003 fiscal year, according to the Congressional Budget Office. The bill also commits taxpayers to "additional outlays" of $400 billion between 2002 and 2007.

All of this has made defense stocks a 'bright' spot in an otherwise gloomy market. Yet The New York Times reported on Sept. 22nd that "military spending has been rising, but so far, at least, there has been no boon for the stocks of the Pentagon's big contractors."

That's not exactly the case.

The Times piece cited the Standard and Poor's aerospace and defense stock index, which said 2001 wasn't as good a year as 2000 for these companies. Part of that statistic is due to mergers and acquisitions in the industry this year. But don't be fooled, leading business publications report defense contractors will be doing well for years to come -- and they identify companies that have done quite well since 9/11.

Indeed, market analysts have 'buy' recommendations for stock for most of the leading U.S. weapons makers.

Kansas goes on to quote a New York investor who says his firm is "buying a basket of defense stocks. And it's not just because of a pending action in Iraq. There's also the economy, and the easiest way for the government to increase spending to boost the economy is by spending more on defense."

But what's good for Wall Street and the defense industry is not always good for the nation. Even in a new political era defined by terrorist threats, there's a big difference between spending on legitimate national security needs and opening up a new global arms bazaar, led by the United States and its corporate weapons makers.

When Congress takes up the 2003 defense budget and other military spending bills in coming weeks, it will not just be committing tax dollars for years to come. Congress will be helping a handful of companies and their top shareholders secure their fortunes.

While that's perfectly consistent with American history -- much of it comes at taxpayer expense while making the world a less-safe place for the rest of us. 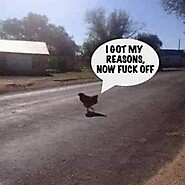