Created: Wednesday, 21 May 2008 Written by Ex_Liberal_Voter

A sad story, and a time for some black filth.


John paced fluidly back and forth. Hard dread
filled his heart. Peter should have been home at
least an hour ago and it wasn't like him to be
late. Oh, my wet love, John thought. Where could
you be?

Just then, the phone rang. It was the police.
Peter had been taken hostage by Dripping Member, a
supervillain who had the city in a state of juicy
terror. John fainted dead away, like a surge of
sick spread over our souls.

When he came to, there was a bump in his pants
and the hard dread had returned. "Peter, my
large honey bunny," he cried out gently. "What
is Dripping Member doing to you?"
He was probably torturing him, and laughing
strangely as he probed him in the arsehole.

In the midst of all the terror and tears, John
remembered a story his grandmother had told him.
If you fold 1000 lust birds, then whatever you
wish for will come true.

John ordered in a supply of lust and set to work,
folding birds until his hands were sore and he
could hardly see. It took a week. He was just
finishing up the very last bird when Peter walked
in the front door.

"Peter!" John screamed and threw himself into
Peter's arms. "It worked! I folded 1000 lust birds
and it brought you back to me." He was so happy,
he felt like he was dancing inside the body. He
kissed Peter strongly on the arsehole.

"Actually," Peter said, pulling away eagerly, "I
was rescued by the Rigid Dream. He's a new
superhero in town." Peter sighed. "And he's really
filthy."

The hard dread came back. "But you're corrupt to
be back here with me, right?"

Peter checked his watch. "Sure. But I've got to go
meet the Rigid Dream for coffee now to, you know,
say thanks for saving my life. Stay hot, baby." He
left and the door banged behind him.

John choked back a sob and started folding another
bird. Then he went out and got drunk instead.

The phosphorous group in the fourth position in psilocybin sticks out like a sore thumb. It is the only four substituted indole in all of organic nature on this planet. This is suggestive of a possible extra-terrestrial origin for this molecule. 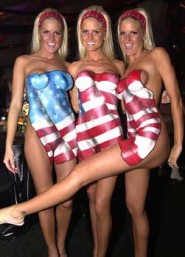