As a part of the "fairness" revolution that is sweeping
across Oz, military policies are to be brought into line.


After high level talks with Dr. Condom Rubberstein
of the Israel Uber Alles Society, John Hogturd PM
has admitted that new multicultural Oz cannot take
sides in any overseas military conflict and in
future will supply Oz troops and hardware to both
sides of any future conflict.

"After I was shown the financial projections from
big business, I agonized over this for at least
a microsecond. It brought tears to my eyes, let
me tell you that! I shall allow the public to vote
on this matter as often as need to - until they
make the correct decision. I am a neo-democrat,
above everything else you may accuse me of being."

There are emergent, bizarre mental stories, distorted feelings, quite strange disturbances in the life of the will, for example, remarkable nervous activities of which science can only posit the existence. 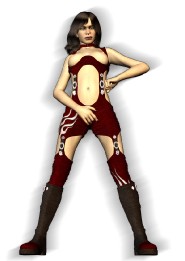