Tasting and reporting on the frothy titbits of Asia is the job of XenoxNews.com resident Liquor correspondent Piss Prophet. Here is his latest review of North East Asia’s finest brews…

I was holed up at a seedy eatery in downtown Jalan Basar when a likely lass with an ample bosom and fuck me hips approached me and asked whether I would like to have a beer. "Of course!" was my reply, and so she went back to the drinks counter and bought me a new brew I hadn’t had before. Taiwan Beer. 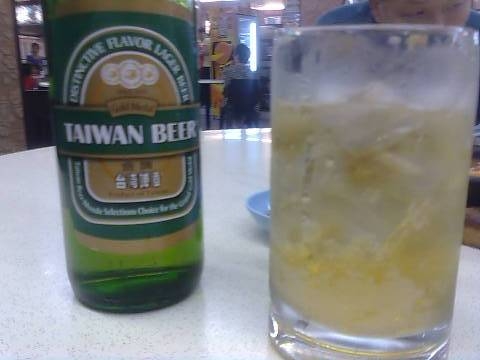 The pride of Taipei! Straight from their sewers to you.

Well my first gulp nearly caused me to gag. What was this rubbish? It had the fetid taste of stale piss. Total rubbish. I tried a second sip but I had to spit it out. I've never had a worse beer in my life. Investigation revealed it was brewed by some Kuomintang offshoot. Ha! No wonder Mao ran those scoundrels out of mainland China. They couldn’t even make a decent beer for the working class. Next time I’m in Taipei I will make a point of avoiding this stale and limp dross.

A few days later I was at my favourite Korean eatery, enjoying a plate full of dakgalbi and kimchi. My palate was aflame as the hot and spicy flavors of Pusan filled my mouth. I needed something to cool me down fast. I called over to the Korean auntie and asked her what she had in the way of beers. ‘Hite!’ she replied. 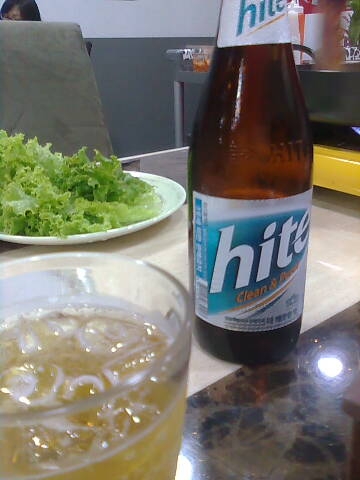 When in Seoul enjoy what the Seoul people drink - Hite!

Well this was a good beer. Feisty, full of vim and vigor like their northern cousins, this brew went great with Samgyeopsal Kongnamul Jjim or the Haemul Buchu Jeon. It hit the spot with a relief like a Korean massage happy ending. Easy on the eye with it's clean and crisp packaging, Hite was a brew I'd recommend to anyone. After the Taiwanese rubbish, this ale really reinvigorated my faith in Asian brewing!

So there you have it; if drinking in North East Asia ignore the Taiwanese piss and stick with the Korean brews!

APPEASEMENT MUST STOP! TIME FOR ACTION IS NOW!

Jesus is always with you!