Home  Local  The Prime Suckhole of Australia "Bloods" the Oz Military on the natives.

The Prime Suckhole of Australia "Bloods" the Oz Military on the natives.

The Prime Suckhole of Australia "Bloods" the Oz
Military on the natives in preparation for his
civil war on his cleverly crafted underclass.
You must always start at the bottom and work your
way up to bigger fish.

With the eager help of Kim Bigbagofshitzly, little
non-core John had already changed Oz law to allow
the Military to be unleashed upon the Oz public
when the time is right for such an atrocity.

Having desecrated most Oz institutions already, he
is preparing to get Oz citizens onto a Global NWO
database requiring the NWO ID Card to be carried
by all so-called citizens. Using the Military to
control and coerce the public is a small step, but
it requires a gradual buildup so that the stupid
boiled-frog mentalities of the Oz dullards are not
unduly disturbed.

Once the public becomes accustomed to the idea of
being patrolled and policed by the military, it is
very easy to produce an atmosphere that deters and
discourages open dissent. It is also easy to argue
for the "efficient" use of ID Cards under national
martial control, if not martial law.

The NWO is coordinating all of this across the
USA, the UK, Australia, Canada, New Zealand and
various other small Pacific nations.
Every government will follow a broad blueprint,
but they will use local situations as convenient
excuses to facilitate the NWO timetable.

We got more ass than the toilet seat. 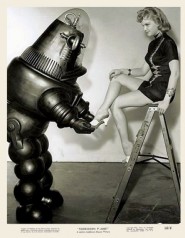 Aznar gets the arse! Blair and Bush will get the boot! Will Johnny jump?

LIGHTS OUT AT KIRRIBILLI