However, Dodgy Daryl refuses to scrap plans to give him the power to ban organisations deemed to be "terrorist". Yeah sure, Daryl, we trust you!

But no compromise is necessary: just dump the whole rotten idea in a garbage bin where it belongs!Make no mistake, folks, the so-called "anti-terrorist" laws proposed by the Howard Government are the greatest assault o­n democracy that this nation has ever faced.

To be assumed guilty?

To be incarcerated without legal representation, without trial, at the whim of the Government of the day?

To be branded a "terrorist" just because you disagree with the Government of the day?

For even a ten-year-old suspect of "terrorist" affiliations to be strip-searched and held incommunicado indefinitely?

These draft laws are a mean, tricky and opportunistic grab-bag with which the Evil Dwarf hopes to be able to further stifle debate in this country.

What a monstrous obscenity to attempt to capitalise o­n the horrors of those September 11 assaults by using them as an excuse to ram through this pernicious, idealogical rubbish! Bush may get away with it in fear-addled, Fortress America, but this is still Australia. Uber Alles!

These laws must never see the light of day...or is that precisely what the Howard Government plans for its critics?

This was Max Gross, digging his very own backyard bunker and stocking up o­n vodka. 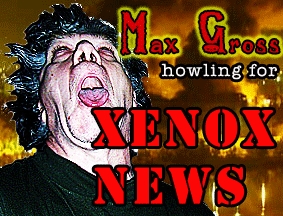 There are too many people that depend on me. I'm too obligated. I'm in too far to get out. 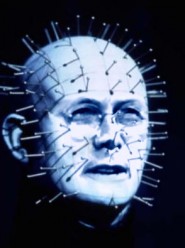