Saturday, 02 April 2005 By monsveneris
Since the overthrow of Saddam Hussein, the ability of Iraqis to shape their own political destiny has been compromised by U.S. interventions. While hawking democracy, the U.S. does not trust Iraqis to choose the "right" leaders or to enact the "right" laws.

What's more, the thoroughly discredited Bush administration - and its pathetic Australian disciples - continues to lie about the prelude to war, the U.S. invasion, and its awful consequences. FOR IMMEDIATE RELEASE
MARCH 31, 2005
11:34 AM

KUCINICH ON THE WMD COMMISSION REPORT: ANOTHER REPORT; ANOTHER FAILURE BY THIS ADMINISTRATION TO ADMIT MISTAKES

"Today, we are once again reminded of what we already know: that this Administration deliberately mislead this nation into an unnecessary war in Iraq. Today's report now completes a series of reports that have completely debunked this Administration's entire case for war against Iraq.

"Despite yet another report debunking their case for war, this Administration still fails to admit any mistakes in Iraq. After two years, over 1,500 dead American soldiers, a growing insurgency, political instability, a complete lack of post-war planning, and no exit strategy, I believe it is far past time that this Administration admit the failure of their ill-advised Iraq policy.

"American troops and American taxpayers are footing the bill for a war that was never needed, and a war that is counterproductive to the security interests of our nation. No weapons of mass destruction have been found in Iraq and the 9-11 Commission has determined that Saddam Hussein had nothing to do with the September 11th attacks or the Al Qaeda terrorist network.

"The war in Iraq and the subsequent occupation has been a failure. Iraq is on the verge of a civil war, and the attacks on US soldiers and innocent Iraqi citizens by insurgents are becoming more brazen and deadly by the day. Iraq has now become a breeding ground for terrorism.

"With the entire case for going to war now debunked, it is now time for a new direction in Iraq. We cannot sustain the path this Administration has led us down. It is time for the US to rejoin the world community in meeting security challenges, to bring the UN into Iraq and get the US out."

War cannot be avoided until the physical cause for its recurrence is removed. 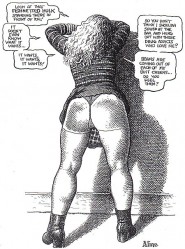