A plane was about to crash into a high-rise office building. There were 5 passengers aboard but only 4 parachutes.

The first passenger, John Winston Howard said, I am the Prime Minister of Australia, and I have a great responsibility to maintain, being the leader of an honest, fair-minded, progressive and humanitarian Liberal Party. The Australian economy and the security of our great nation could not survive without me because I am the world’s smartest Prime Minister.

So he snatches the first parachute, and scuttles out of the plane. The second passenger said, I'm Mark Waugh, one of the greatest cricket players in the world, and the Australian team needs me because I’ve never taken a bribe, so I can't afford to die.

So he takes the second parachute, and swan dives from the plane.

The third passenger, Jeff Kennett, sucked in his gut, puffed out his chest and bellowed: I am the former Premier of Victoria and now a caring and sharing guy with heart-felt concerns for the many sufferers of depression, those languishing victims of my sell-off of every possible State asset to my good mates in the corporate sector. I can’t die and I just can’t shut up because my massive ego won’t let me. Besides, I have to give Felicity another smack in the eye for talking back.

So he grabs the third parachute and goose-steps from the plane.

The fourth passenger - an old man - says to the fifth passenger - a 10 year old boy - I don't have many years left anyway and am sick of all the bullshit I’ve witnessed, so as a humanitarian gesture I will sacrifice my life and let you have the last parachute. Go ahead kid; you may be the one who grows up to make a difference in this shitty world.

The boy said: it's okay, there's parachutes left for both of us: the world's smartest Prime Minister took my backpack.

Improvisation enjoys the curious distinction of both being the most widely practiced of all musical activities and the least acknowledged and understood...Improvisation is always changing and adjusting, never fixed, too elusive for analysis and precise description, essentially non-academic...They (Improvisors) know that there is no musical activity that requires greater skill and devotion, preparation, training, and commitment. And so they reject the word and show a reluctance to be identified by what in some quarters has almost become a term of abuse. 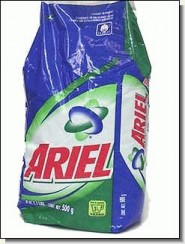