Home  Life and Style  Ethical Conundrums  When Is Work Done 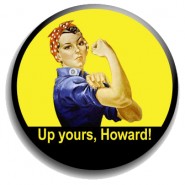 When Is Work Done

A guide to Communist Logic and Reason According to Comrade Tony Kushelew, physics states that work is done when a force is applied to move an object over a distance. This requires the expenditure of energy. For example moving bricks or mixing mortar by hand is work. The energy is supplied by the contraction of human muscles, which could be performed just as easily by robotics. Thus, working humans, slaves, rushing rivers, and robotics all expend energy.

WHAT IS THE SOLUTION to capitalist pigs not paying labor all of the owner's profits? How can we stop Owners from stealing the profits of labor when work is done? There is only one solution. Yes, it is a radical solution, but it is the only solution that will succeed. Here is our 4 part plan for achieving a perfect redistribution of wealth to perpetuate Communism the way it was intended:

2. Persons who own land, less than 50 acres must sell their land to a Public Administrator who owns the adjacent larger tract of land, at a price designated by the SPA. In return for their land, they will be given the tilte of "Wealth Redistributor", and given the task of collecting 100% of anything of value in his district, keeping 10% for himslef, and remitting 90% to the local PA. The Local PA shall then give 50% of his 90% to the SPA who shall use it to protect Australia from forigners and administer the Local PA's.

3. The local PA shall implement rules and regulations geared toward obtaining maximum productivity from non-land owners (called Comrades). Comrades shall be permitted to live and work on the PA's land, so long as he/she complies with the PA's rules and regulations and pays all profits to the PA for the collective good.

3. The PA shall make sure that Comrades are given what they need to maximize productive output. The PA shall remit 50% of all profit to the SPA, before the Wealth Redistributor takes his 10% and before anything gets redistributed to Comrades.

Peace is much more precious than a piece of land... let there be no more wars