Home  Life and Style  Under The Influence  GST: The White Rodent.

Go ask Johnny when he is ten percent tall.
Many hear the siren call, and so few return
from the fatal lure of GST.


About the dysfunctional manifestations of
hallucinogenic enemas, attacks of nervous
apprehension or the hidden horrors of GST
intoxication, too much may have been said already.
The devastatingly hideous bones and skeletons of
the Edwardian age and the organic corruptions of
current fashions are preserved and interpreted
with a skill which makes them immortal, and the
world knows well the festering tyrannies only
found in those obscure realms into which the worst
extremist ideologues blunder.

Even though much has been told, no fool gripped by
the complexities of his disturbing mental images
has yet dared analyse the actual nature of the
frightful things projected onto his cerebral
cortex, or to even hint at the direction of those
moonbeams and pale fingers of an ancient evil and
horror along whose devilish path the partaker of
GST is so helplessly drawn.

Most who have gone further than mere curiosity
about GST have seldom returned, and even when
they have, they have been either silenced by some
blackened truth or can only talk in strange
tongues and devilish gibberish.

I imbibed GST but once - in the worst year of the
Howard plague, when doctors sought to control an
epidemic of mental patients whose tortured souls
had penetrated through their bowels and escaped
into the quantum vacuum of Howard welfare reform.

Finally, I was one of the few who returned and
lived, but my life was chopped into fine slivers
of agony, my nights became filled with physical
and mental restlessness and a deep terror of
four-dimensional space-time. I would have never
believed that such wastelands of despair crowned
by monstrous terrors could have been hiding inside
three seemingly innocent little letters.

I will never again subject myself to the evil
promise lurking within the GST, for should I slip,
I would fall forever into an endless hungry sky
filled with monstrous and unguessable horrors.

Nothing is always absolutely so. 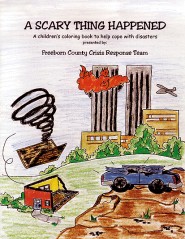 We overcome life's injunctions with a ridiculous waste of energy