Saturday, 01 July 2006 By farctus
Xenox News has been informed that a woman in labor in a Melbourne hospital this week was given an epidural that subsequently went horribly wrong. In what is one of the more bizarre blunders in medical history the expectant mother was accidentally injected with a combination of Viagra and Hanatoxin.

Hanatoxin is a tarantula toxin that inhibits Kv channels by binding to voltage-sensor paddles, crucial helix-turn-helix motifs within the voltage-sensing domains that are composed of S3b and S4 helices.

The bizarre concoction was inadvertantly switched with the vial of anaesthesia intended for the epidural injection by a doctor from a local medical research centre (for the moment un-named for legal reasons). It is understood that the assisting doctor attended the procedure while under the influence of hallucinagenic cactus derivitive.

The woman began convulsing almost immedietly the shot was administered. It took the senior doctor several minutes to decide upon a course of action as the woman's writhing and screaming was mistaken for labor pains.

The motivation for mixing the tarantula venom with Viagra at this stage is yet to be determined as is the reason for switching vials. An enquiry is currently underway.

The passenger wondered when it was that he had first begun to detest laughter like a bad smell. 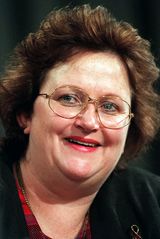