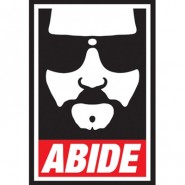 Was non-core John paid well for being a drone,
or was he unconscious the whole time?


John Winostone Howard was a small pilotless drone
manufactured by right-wing neo-Liberal think-tanks,
and remotely controlled from Washington and Israel.

A drone looks like a real human being, but on close
examination is seen to be a crude dummy or robot.

We must ask the question: how many drones remain in
the musty ruins of the John Howard Party?

Our policies toward Iraq simply are to protect the region and to protect Iraq's people and neighbors.