Lately, I been ponderin - who really is this George Soros? So I git ta investigatin on him. I got me some high-brow fellers higher up than y'all might even believe. These here boys - they owe me - from times gone by, they owe me but good.

These boys - they dern't do none of this here internet jibber-jabber. No sir - they git thar sources, 'n I know 'nuff not ta ask stupid questions. Stupid questions - they have a way of gittin the wrong folks all frothed up on killin ya. "n I dern't need none of that. - git 'nuff of my own problems. 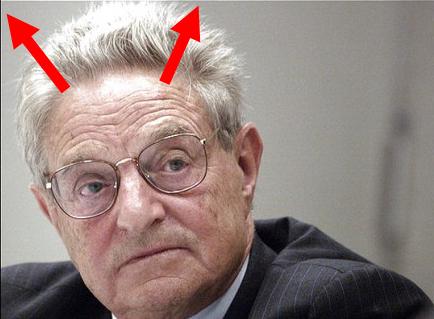 Look! He has horns on his head! He must be the Beast!

Anywhoo - I'm gonna give you the boolit-point on what these boys dug up on George Soros:

Soros is a Jew - real name's George Schwartz - but y'all smarty-smarts knowed that already, din't ya. And, I know y'all is schooled on how he crunches regimes, fires up commie-revolutions, 'n get folks in Slovokia, Croatia 'n Yougoslovia warrin with each other. That tain't nothin but backround.

2. Now, hold on boys 'n girls, cuz this here li'll ditty is gonna hit home. George Soros-Schwartz sends his top lawyers as his liaisons to thar Maffia group knowed by the name "The Honoured Society". The 'Ndrangheta controlled Italian-Australian organized crime all along the East Coast of Australia since the early 20th century - yep, that thar is run as a joint venture with Soros' boys. . 'Ndrangheta operating in Australia include the Sergi, Barbaro and Papalia clans. Soros orchastrated the Melbourne gangland killings (orders given by his lawyer-liaisons ta this here wop-aussie bunch of goons) which included the murder of 'Ndrangheta Godfather Frank Benvenuto. This here let 'ol Soros 'n Sons import 15 million ecstasy pills to Melbourne. I wern't able ta find out why Soros git involved in this - but he is.

3. Now, lemme give y'all what I know 'bout George Soros 'n his Hollywood mafia connection. In the 1980's', 'n maybe before that, Sidney Korshak, a mafia lawyer was turned out by a former goon as the liaison between Hollywood and the Chicago mob. But, that ain't all - Korshak was secretly recruited ta work directly with George Soros "lawyers" . George Soros lawyers were his "white-collar" goons that set up bank accounts in Switzerland, Isle of Man, 'n Cook Islands fer Soros activities. 'N it ain't like Korshak done this behind his "bosses" back. Nosiree - this here was done under direct orders from Soros, through Korshak's bossman. DIRECT ORDERS!!! That 'ole crook Korshak done stuff like dummyin up a heap of shares in FOF Property Fund 'n whatnot ta drum up more money fer Soros's neferious ventures. Then George Soros had Korshak killed ta cover all this up.

4. It's all 'bout Soros' World Order. Tain't any "new world order", nope - he been workin at this fer years, nothin at all new 'bout it. Soros has visited the that dumb nigger Obama at the Whitehouse 6 times. Obama is too stupid ta know how Soros is usin him. Soros go ta obama 'n talk 'bout "green" this, er "global peace" that. all thar while, he's a downloadin information gathered from all them "little gifts" 'ole Soros leaves behind on each visit. Obama tain't nobody, 'n Soros dern't want nothin from that black dummy other than Obama's naive plans fer the economy....oh, and fer Libia 'n Egypt. I dern't know why Soros be so interested in Libya 'n Egypt - I reckon it's about oil, but Egypt ain't git much of it, so I ain't sure.

But, Soros take that information he git from his Obama visits 'n he sell some of it to the Israelies, 'n some of it to the Iranians, 'n ta whoever else, I dern't rightly know. If y'all dern't see ware this is headin - well then you is as dumb as that stooge who done parked his black-ass on the Whitehouse throne fer last 3 years.

We are on the eve of a major event, when our revolution is going to set all humanity on the right track. 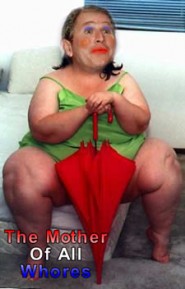