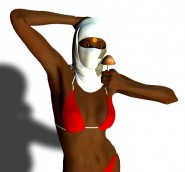 THE XENOXNEWS LECTURES Part VII: THE STATUS OF LIFE SCIENCE

For many years we have been gathering the cream of the world’s intelligentsia to give our readers an insight on where they think this world of ours is heading. Whether it be transportation technology, beverage refreshments, or the world of spiritual exploration; these XenoxNews lectures never fail to inform, enlighten, and provoke.

Today we have Professor Williams of the Xenox Institute. Basically the Prof is a genius. He has dabbled in all things scientific for the good part of a half century and in this time published a plethora of amazing findings. These include his cutting edge research on evolution, climate science, and nude girls. His work has astounded the mandarins of science and made him one of the world’s leading lights on the practice of this noble art. We invited him to give the latest XenoxNews lecture and he chose to tell us where he thinks the study of biology, or as it calls itself now life science, is heading…

Good afternoon fellow seekers of truth. And I say that in all seriousness; for is that not what we scientists are? We are the delvers into the mechanisms of life and the universe; on a quest to discover what make us, and the world around us, tick.

And as such we are duty bound to report the truth of our findings. Just the facts! No more! No less!

So, what of that glorious pillar of science, biology? The study of life itself. The science of what makes a man a man. Where does the Life Science stand today?  Well, if you go by the number of people researching, the number of papers published, the amount of taxpayers dollars it receives in funding; it has never been better. Each day around the world tens of thousands of life scientists are beavering away at their work bench; scrapping petri dishes, torturing mice, pipetting liquids up and down; so that we, the average hoi polloi, can finally attain life immortal.

I mean that is why we are paying these dipshits, right?

Yet after all their years of promise; their Genome and Proteome projects, their multi-billion dollar institutes, what have we got? I would suggest not very much. In fact, sweet fuck all. You could take away the last 25 years of life science research and find that in terms of actual effect on the general population nothing has changed. There has been no health dividend. Even a cursory examination of the data reveals no statistically significant changes in health and longevity over this time. 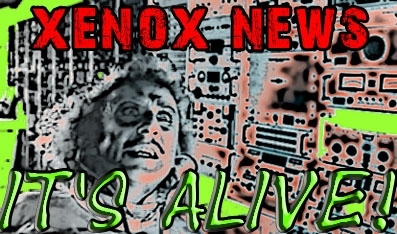 What has happened? Where have these poindexters of the body gone wrong?

Well it is my belief, that like many pampered public servants, they began to believe their own bullshit. They became wedded too much to their constructs of the mind. To the idea that their thoughts and inane ramblings reflected the reality. For instance, take the concept of the cell; originally described by Galileo when he looked down his telescope at the products of his masturbation, the cell has become the causis belli of the life scientist. We are all made of cells they will tell you; if we understand the cell we will understand life! And if you keep paying me we will understand it even more…

But by now they have dissected the cell every fucking way. They have described enough different cell populations to account for every citizen of earth. What have we got in return? Not very fucking much!

We could build the A-bomb in 5 years but to cure cancer they tell us it’ll take another 20 years. At $100billion a year thank you very much!

I say it is time for a fundamental rethink on the core philosophy of biology. Gentleman I tell you that the cell is dead. The cell is now a discredited idea; on a par with Lysenkoism!

That is it; - biology is now an ideology. Nothing based in reality, it is a mere construct of political nonsense. Like a Stalinist show trial, the life scientist pumps out dubious facts which they contradict at their next outing. What these layabouts need is the discipline of the market. No more peer reviewed nonsense please. They all need a dose of economic reality! Ok, yes give them funds, but they must reach benchmarks set by us, the long suffering taxpayer. You want another $500 000 for your research, then I want you to cure my aunt of cancer by the end of the year. And if you can’t well then no more money for you sir!

Ultimately there needs to be a re-education of the practitioners of the dark art of ‘life science’. No more will we allow them to gouge on the public teat like an overfed babe. Time to stand up to these bully boys of the intellect! Demand some bang for your buck! If these bastards can’t give us life immortal within the next 25 years then it is time to go back to worshipping some other false gods instead.

Now it is not for me to reformulate the basic ideas of life science. I have a lifetime of scientific achievement behind me; I don’t have to prove the wealth of my intellect to anyone. No, it is today’s Darwins and Robert Hookes who should do the thinking. The theorising. They can’t complain, they have more money and time then any of their predecessors could dream of.

And if they can’t think of anything new then show them the lab door; and don’t let it slam shut on their arses as they leave!

My challenge to them is to think. For a change.

Ladies and Gentleman, thank you for your attention.